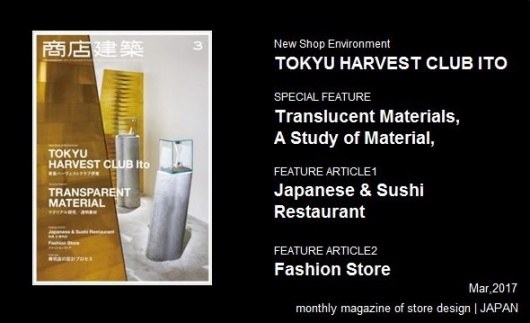 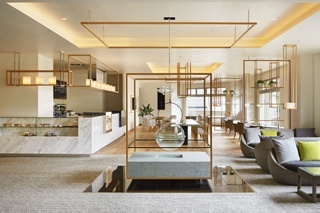 TOKYU HARVEST CLUB ITO, members’ resort hotel, is located in Ito city Shizuoka, Prefecture and Ito is among old famous hotspring places for tourists. This time, the renovation of the entrance, lounge, and two restaurants was completed under a theme of “hospitality and garden” and featured here. Interesting is a library-lounge near the entrance on the second story and it exhibits glass tea pots artistically, for Shizuoka is famous for production of tea. The ground story is smoothly connected to a garden in the back of the building. Also, the ground level is regarded as a garden and has wood paths on the floor and the ceiling, which is quoted from a painting called “Yatsuhashi-byobu” done by Korin Ogata, artist in the 17~18th century Japan. The ceiling and the columns are decorated by water current pattern.
Designer : hashimoto yukio design studio 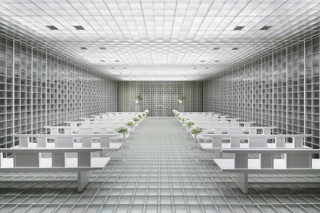 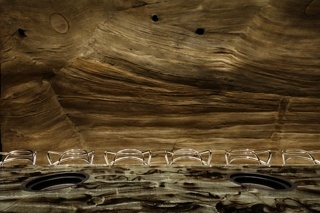 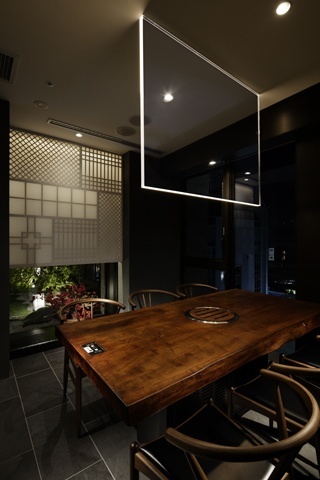 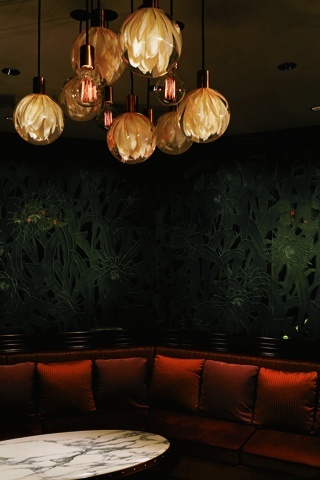 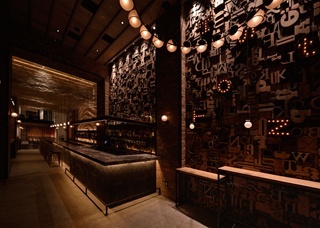 Japanese udon noodle bar TRURUTONTAN finally arrived in the U.S.A. This first one in New York was designed upon motifs of “sound and feeling” and “cool Japan New York art”. The interior environment is composed of three areas, as “Tsuru”, “Ton” and “Tan”. The wall of the front dining room is decorated with a number of wood antique alphabet stamps. A lot ropes, like smooth noodles, were installed to make art-walls. Steel nets on the ceiling represent stems of hot noodles. In the back of the dining room, straws and clays are used to express udon dough.
Designer : Osamu Tsuchiya / BLANK DESIGN 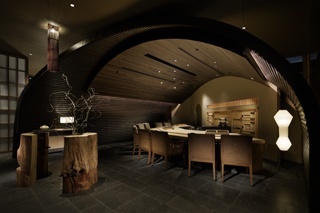 SUSHI SHO is located in the front floor of residence in Waikiki, Hawaii. Impressive thing about the establishment is a wood semicircular ceiling above the bar counter.
The counter bar, just a soul of sushi master, is composed of fanlike main counter made from a solid cypress lumber and a private area. Those parts were built in Japan and imported to Hawaii.
Also, carpenters and constructers from Japan worked for this project with local workers. Backboard of the counter has built-in fridge and sculpture of fan-like part describes a story of the sushi bar from Edo era to contemporary Hawaii due to an idea of Keizo Nakanishi the owner-chef.
Designer : Masao Nemoto / NOMURA 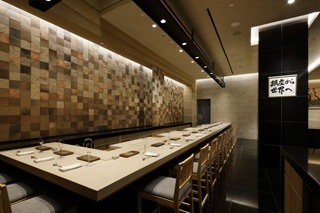 Last May SUSHI GINZA ONODERA opened New York branch on the fifth Avenue just in front of New York Public Library. The client of this project would prefer impressive Japanese style and spatial design to remind us of Japanese tradition, as this sushi restaurant is located in salad bowl Manhattan. A long counter is made of solid Japanese cypress from Ise district. The walls are covered, by Japanese craftsmen, with Bizen ceramic tiles and clay, which gives a sense of simple and gentleness in the interior.
Expression with implied meanings by the use of genuine Japanese materials and element will satisfy New Yorkers who knows various cultures and cuisines.
Designer : Yosuke Karasawa / Yo 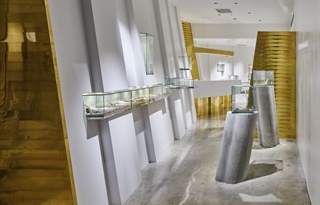 Jewelry brand Hirotaka opened its first own store in Omotesando Hills.
The jewelry of the brand is inspired by shapes of insects, birds and other wild life, so the interior designer, imaging a concept of a landscape of river valley with birds and insects, created here a curved floor plan and a slope and glass showcases on walls. They represent quasi-natural environment.
Decorations of brass louvers in the back and on the facade, are hand-made, which suggests bellies of insects. Random position of the showcases is tactical in term of displaying.
Designer : Keisuke Nakamura / DAIKEI MILLS 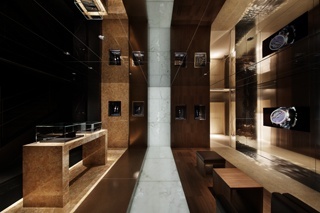 amous pearl and jewelry brand Tasaki opened TASAKI GINZA TASAKI TIMEPIECES EXECUTIVE SALON in their headquarters in Ginza to demonstrate its new watch collection called “TASAKI TIMEPIECES”.
Inspired by the facade of the total store design, they used pearl, diamond, sakura-gold and other brand-related materials for the interior. The scale of the salon echoes to that of the facade and the facade frame represents the history of this high-end company since 1954 when they start business. As the ceiling height is a bit low, the reflection of the ceiling and floor was utilized to make visual illusions in the interior and its endless mirror images are mesmerizing.
Designer : archichi office 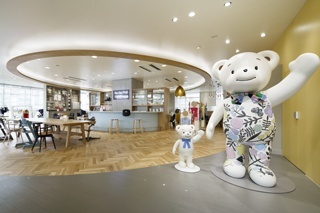 FAMILIAR is a well-known clothing company for kids. This new store of the company in Daikanyama was designed upon a concept of “TOUCH for the first 1000 days” 1000 days means the most important term of baby care and the store aims to support babies and parents during the day. Not only to sell items but also to make shopper experience something special about child care in the interior environment. The floor plan looks like a face of a bear and there are areas for baby tub bathing, touchable art installations, photo shooting, etc. and they are surrounded by sales areas. Shoppers are to tour those areas for often long time.
Designer : IMA design office 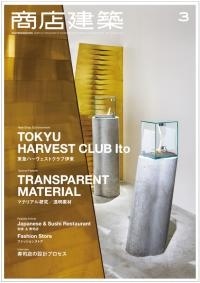 Print Issue   : For overseas subscription and order, please contact to the following

SHOTENKENCHIKU is the only magazine which has been dedicating to Japanese store design and commercial architecture since 1956. The magazine offers readers the very latest interior design of restaurants, hotels, fashion stores, hair salons, etc with many pictures, detailed floor plans and information of main materials. It is considered to be a must-read for architects, interior designers.